“Bangladesh and India are one, not separate”

The 51st edition of the International Film Festival of India, Goa has conferred Shri Biswajit Chatterjee, veteran actor, producer, director and singer of Hindi and Bengali cinema, with the Indian Personality of the Year Award, in Goa today, January 24, 2021. The award has been presented to the actor at the closing ceremony today, together by Governor of Goa Shri Bhagat Singh Koshiyari, Chief Minister of Goa Dr. Pramod Sawant and Union Minister of State for Environment, Forest & Climate Change Shri Babul Supriyo.

The Award was announced by Union Minister for Information & Broadcasting, Shri Prakash Javadekar at the opening ceremony of the festival on January 16, 2021.

Speaking on the occasion, the veteran actor said: “I thank the Government of India and the Ministry of Information and Broadcasting from the bottom of my heart, for honouring me this with award. This year, we came to know that Bangladesh is our focus country, a country with which I have a deep connection. When Bangladesh was being attacked, genius director Ritwik Gatak was with me in Mumbai and we used to get inspired by the speeches of Bangabandhu Sheikh Mujibur Rahman. Then as per Ritwik Da’s suggestion, we made the documentary THERE FLOWS PADMA, THE MOTHER RIVER; I later went to Dhaka and presented it to Bangabandhu. I found two paintings in his office, those of Gurudev Rabindranath Tagore and Netaji Subhash Chandra Bose. I can never forget the love I got from Bangladesh. Bangladesh and India are one, we are brethren; we are not separate.”

The actor recalled and expressed his indebtedness to the singer and producer Hemant Kumar, who brought him to Mumbai from Bangladesh.

A video played during the occasion had the noted actor sharing his thoughts on achievement in life, especially as an artist: “As an artist, as an actor, I wanted to become someone. I wanted to become an all India actor, not just an actor known in West Bengal. If someone is confident from within his heart that he or she will be able to achieve something, keep up the faith in oneself and does not deviate from the chosen track, he or she will definitely attain the achievement. When you get a role, perform the role as if you are the best person to have been chosen for the role. The quest of an artist does not end till the very ending.” 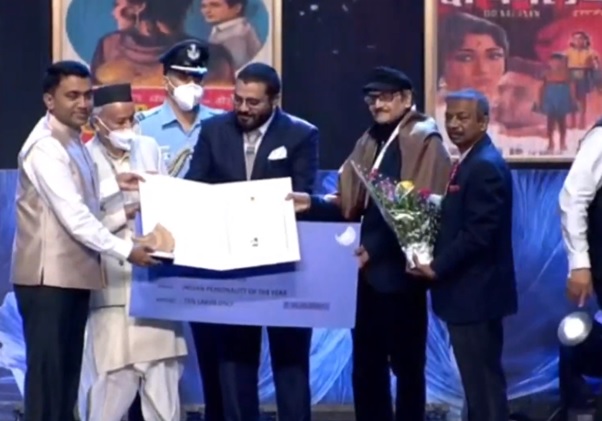 Biswajit Chatterjee is known for his roles of Kumar Vijay Singh in Bees Saal Baad, Raja Amit Kumar Singh in musical drama Kohra, Ashok in romantic film April Fool, Ramesh Kumar in Mere Sanam, Jeevan in Night In London, Shekhar in Do Kaliyaan and Vicky in Kismat. He was usually paired with notable actresses such as Asha Parekh, Waheeda Rehman, Mumtaz, Mala Sinha and Rajshree. Some of his Bengali films include Chowringhee (1968) and Garh Nasimpur with Uttam Kumar and Kuheli and much later, Srimaan Prithviraj (1973), Jai Baba Taraknath (1977) and Amar Geeti (1983). In 1975, Biswajit produced and directed his own film, Kahte Hai Mujhko Raja. Apart from acting and direction, he has also been a singer and a producer. 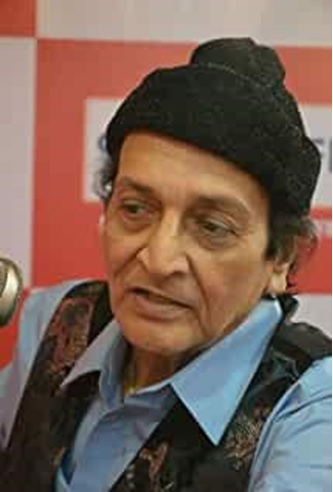