“The Border was my answer to the lack of human connections in a globalized world”: Director Davide David

“The Border was my answer to the lack of human connections in a globalized world”: Director Davide David

“The irony is that though we are erecting barriers amongst each other, we are ending up alone”

“We need to come together as a New Country”: Davide David on Venezuelan migration crisis in Colombia

“I tried to create such dynamics in the film, which shows the irony that though we are erecting barriers amongst each other, we are ending up alone”, says Davide David, Director of IFFI 51 World Panorama film The Border / La Frontera. David was addressing a press conference today, January 22, 2021, at the 51st International Film Festival of India (IFFI), being held in Goa. The film made its Asian Premiere on Thursday, January 21, 2021. The film throws light into the political crisis between Colombia and Venezuela, through the story of an Andean woman.

The Andean woman, who is the female protagonist, has been shown to live in extreme poverty. But, as the story develops, she realizes that she was somehow happy in the way she was living. After a twist in the story, he realizes that she was happy with her family and tries to get that feeling of being in a family back. There are some other characters, whom she wants to bring within her family. Corruption, non-access to health, education and water, and the coexistence between various cultures, next to the crisis derived from the border closure, are some of the subtle themes of this beautiful debut, dominated from beginning to end by the strength of the Wayuu indigenous woman. David, who hails from the Latin American country Colombia and went to study in Barcelona, explains how he came to make a film on this subject. When in 2016, he thought of making a feature film, he wanted to re-visit and make a film on his country. “In 2016, the Colombian Government was trying to sign a peace deal with the Colombian guerrillas. As a country, we were polarized about this deal. Some people did not want it to be signed, while some others wanted. So, we were not connecting as a country. This connection was missing between Colombia and Venezuela as well. The neighbouring country had a massive migration of people due to their economic crisis and we, as Colombians, were not able to take them as peers. Around the time I left Spain, Catalonia wanted to separate from the rest of the country. I felt that there was no connection between human beings at all these places, although we are living in a globalised world and are supposed to feel proud about it. Though it is a connected world, we did not find better ways to communicate.” 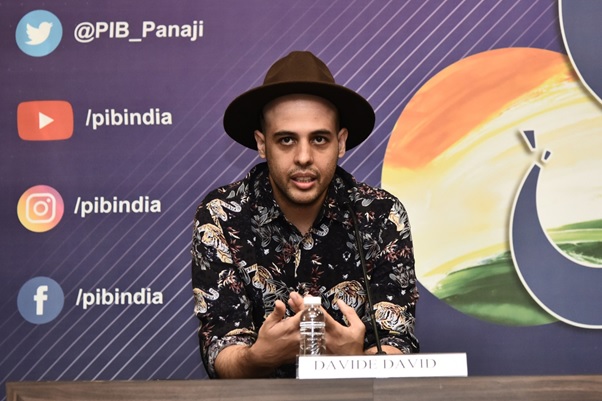 “The Border was my answer to these questions” says David, who is also the producer, screenplay writer and editor of the movie. “The title was first decided and it is kind of a metaphor to tell the story”.

Speaking more on the Venezuelan migration crisis in Columbia, which forms the backdrop of the film, David said: “As a country, we have not been able to give opportunities to the migrants to come to our country. As a country, we have been facing a war situation for more than 50 years. So, there has not been many opportunities for us. Hence, we need to come together and work as a, let’s say, ‘new country’. I think, it doesn’t depend much on the Government, but we, as a community, have to learn how to deal with it.”

The Director said the film was also shot in Cali, along the Pacific coast in Colombia. “In a recent screening (held at Cali), the film was well received in his country.”