NEWPORT BEACH, Calif. /California Newswire/ — California-based XG Communities, LLC (“XG Communities” or “XG”) recently announced that it constructed more than 50 small cell sites in the fourth quarter of 2020. The project was implemented in St. Louis, MO. Engaged by one of the country’s major wireless carriers, XG took less than 90 days from start to finish. 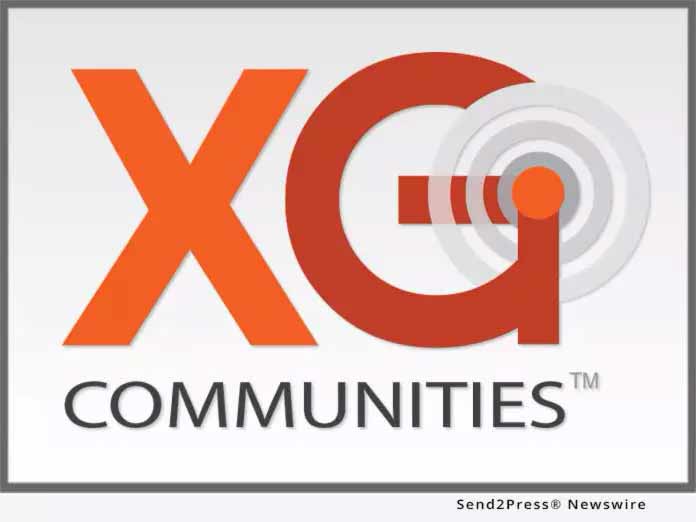 What the Project Entailed

Working on behalf of Verizon Wireless, XG Communities executed the construction of the network to meet the goal of bringing small cells on air before the year 2020 came to a close. The overall project required coordination between various entities for the replacement of existing infrastructure and deployment of new components. This process involved replacing existing street light poles with new custom poles, installing small cells, and supporting the need for additional power to the newly installed small cells.

What XG Has to Say

According to Monnie McGaffigan, President at XG Communities, “This rapid construction took place through the holiday and winter season. It was accomplished as a result of the impressive collaboration between our partners, the carrier, the local utility company, the City of St. Louis, and our on-site team. XG continues to be instrumental in carrying out the expansion of 5G in this market.”

What Residents of St. Louis Can Expect

The distinctive new 5G poles and small cells are engineered to support the 5G mmWave which provides enhanced speed, capacity and coverage. Residents who are working from home or learning remotely are set to experience the benefits immediately. “Working with XG and the wireless carriers to support the deployment of small wireless facilities and 5G, is a major technological advancement for the residents and businesses here in St. Louis,” said Robert Gaskill-Clemons, Chief Technology Officer of the City of St. Louis.

This version of news story was published on and is Copr. © 2021 California Newswire® (CaliforniaNewswire.com) – part of the Neotrope® News Network, USA – all rights reserved.

Information is believed accurate but is not guaranteed. For questions about the above news, contact the company/org/person noted in the text and NOT this website.

NEWPORT BEACH, Calif. /California Newswire/ — The Library of Congress has just announced its annual list of 25 films selected to be preserved in the National Film Registry’s vault. And, Richard Diamond, trustee, Richard Diamond Trust, is excited to share that “With Car and Camera Around the World” made the cut. The films selected are considered to be some of America’s most influential motion pictures.

The National Film Registry provides the following description for this historic silent film: “Filmed from 1922 to 1929, the film documents the expeditions of Walter Wanderwell and Aloha Wanderwell Baker, the first woman to drive around the world by car. The couple, along with a crew of volunteers, crisscrossed dozens of countries in a caravan of Ford Model Ts, filming people, cultures and historical landmarks on 35mm film. Learning the filmmaking craft along the way, Aloha served as camera assistant, cinematographer, editor, actress, screenwriter, interpreter, driver, negotiator, and, at times, director.”

Diamond, who is also Aloha’s grandson, is responsible for working to preserve the “Aloha Wanderwell Collection” including rare footage, technicolor movies and one sound film. There are even some home movies in color that feature Humphrey Bogart.

“It’s exhilarating to know that ‘With Car and Camera Around the World’ will be preserved for generations to come,” Diamond says.

For more information and to view the complete list of films: https://www.loc.gov/item/prn-20-082/

About the National Film Registry

The National Film Registry is a list of films deemed “culturally, historically or aesthetically significant” that are recommended for preservation by those holding the best elements for that film, be it motion picture studios, the Library of Congress and other archives, or filmmakers. These films are not selected as the ‘best’ American films of all time, but rather as works of enduring importance to American culture. They reflect the people of a nation.

Aloha Wanderwell was an explorer, a vaudevillian and filmmaker, a female Indiana Jones with a driving passion. She visited places no western man or woman had seen before. She was a figure of controversy that combined reality with romance. Her quest for adventure was untamable.

Born on October 13, 1906, she was inspired by the fantastic tales she read in her father’s beloved collection of boyhood books, she dreamed of travel, adventure and intrigue in far-flung corners of the globe. At the age of 16, she embarked on an ambitious, around-the-world expedition led by “Captain” Wanderwell.

In addition, the certification provides clarity to mortgage industry participants regarding which providers comply with MISMO’s RON standards and reduces the resource burden of executing duplicative assessment, certification and approval processes of RON providers.

“Recognizing the need for industry-wide RON standards, NotaryCam has been a long-time MISMO supporter and collaborator in the development of the RON standards to promote consistency across mortgage industry practices and state regulations,” said NotaryCam founder Rick Triola. “As RON transactions become more commonplace in the mortgage industry, NotaryCam is proud to have earned its MISMO RON Software Compliance Certification, which serves as a signal to all industry participants that they can confidently rely on the NotaryCam platform to securely and compliantly execute mortgage closings remotely.”

Within its eClose 360 platform and in accordance with MISMO standards, NotaryCam provides continuous, synchronous audio and video feeds that contribute not only to a smooth closing process, but also to the required credential analysis and authentication procedures. eClose 360 automatically securely records significant actions taken as part of the RON transaction as part of the Audit Trail. NotaryCam’s security measures employ data protection safeguards as well as provide a tamper-evident method by which a notary can export the Notarial Records for functions such as county recording.

Additionally, documents notarized by NotaryCam include a statement meeting the needs of both federal and state regulations affirming the use of RON technology.

Visit https://www.notarycam.com for additional information or to get a document notarized today.

This version of news story was published on and is Copr. © 2020 California Newswire® (CaliforniaNewswire.com) – part of the Neotrope® News Network, USA – all rights reserved.

Information is believed accurate but is not guaranteed. For questions about the above news, contact the company/org/person noted in the text and NOT this website.