“Unable to pay the ambulance driver, he was forced to himself carry the dead body of his beloved one to his village”

“One of my biggest and toughest films, I had to transform myself to be Velu”: Actor Tharun Kumar

“An ambulance driver of the hospital demanded money from him, to carry his beloved one’s dead body to their remote hamlet. Unable to meet the demand, he was finally forced to carry the body on his shoulder, all the way to their remote village, to complete the last rites. A truly heart-wrenching real-life incident. What kind of emotional stress he and his small girl must have gone through, during such a trying time. Society needs to understand this.” These evocative words were said by Ganesh Vinayak, Director of Thaen, an IFFI 51 Indian Panorama Feature Film, which has been selected also in the International Competition Category of the festival. The Director was addressing a press conference today, January 22, 2021, at the 51st edition of the International Film Festival of India. Thaen means honey in Tamil and the film tells the story of Velu, a bee-keeper who lives in a hill range village of Nilgiri forest in Kurunjikudi, Tamil Nadu. Poongodi from neighbouring village meets Velu to fetch Kusuvan honey (medicine honey) to treat her sick father. Along the way, she falls in love with Velu and gets married to him. They lead a happy marriage life and are blessed with a baby girl, Malar. Later, Poongodi is diagnosed with a life-threatening disease. Fighting the disease, the life of Velu, Poongodi and Malar turns upside down. The hard journey of the family to overcome the system and society is crux of this love story. 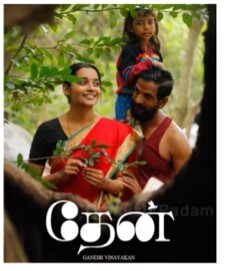 Vinayak spoke of what inspired him to make the movie: “The film is influenced and inspired by true life events. The plot of the story is an actual one, which happened to some Muthuvan tribals in Theni district of Tamil Nadu. Their experiences struck me, and prompted me to tell the story of this small community living in the hilly region, with no access to basic facilities. They don’t have proper roads, hospitals, schools or other essential amenities. I have tried to bring out the story of this community, a community which has been discarded from society and left to fend in the difficult hilly terrains, without basic amenities, even transport. I am not aware of the plight of other tribes in the country, but tribes in other states too might have undergone experiences like that of Muthuvan tribes.” 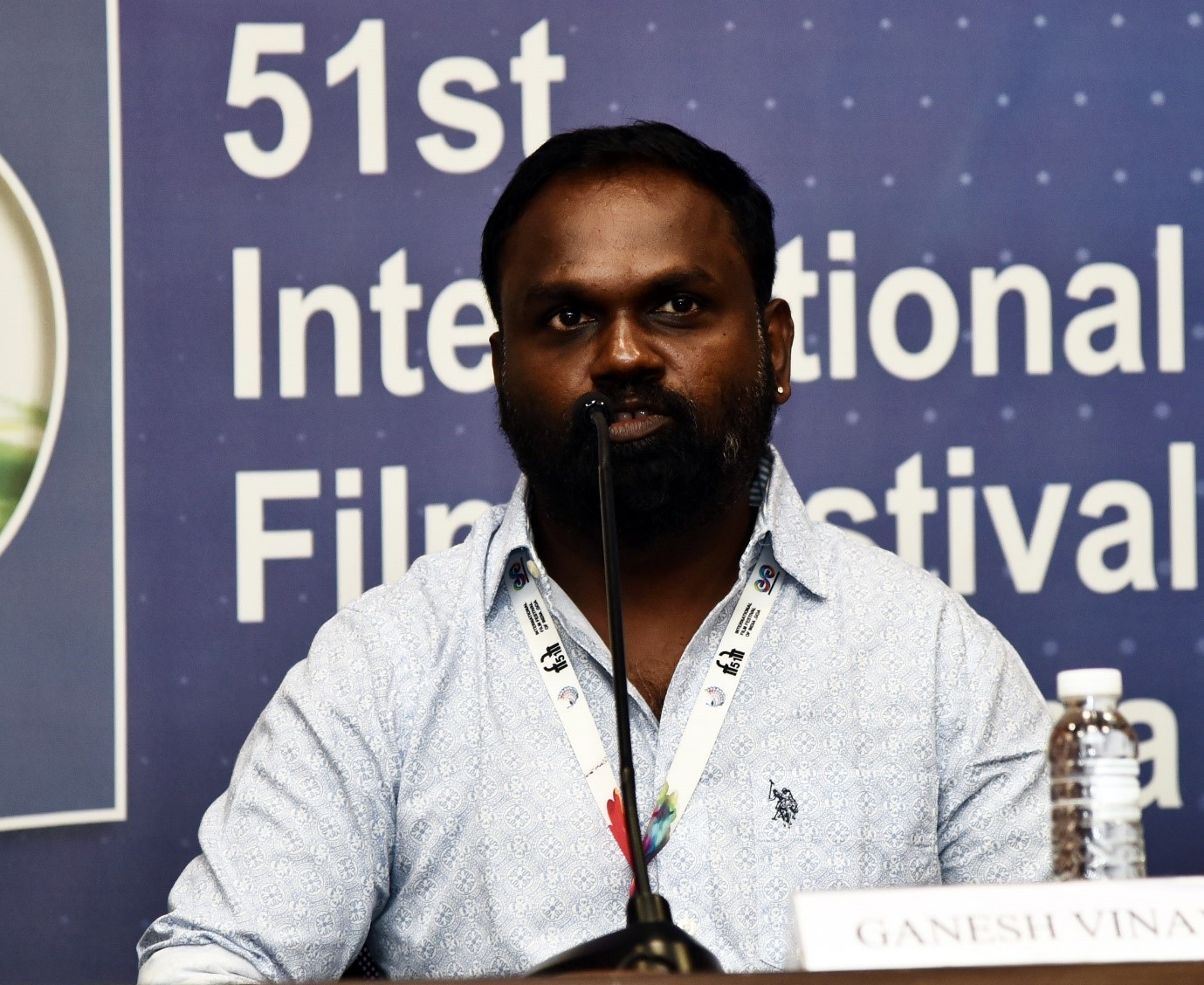 What is the message of the film? Vinayak says: “People discarded from society, like outlaws, genuinely need our attention and care, as nobody is coming forward to extend them any support. Reaching out to these people, who are otherwise neglected, was the message that I want to convey through my work.”

“Despite having encountered some political resistance initially, nothing stopped me from wanting to tell this story”, he said.  He expressed happiness over the selection of his film at IFFI 51, that too in two categories, viz., Indian Panorama and International Competition.

Lead actor Tharun Kumar who plays Velu, who was also present for the press conference said he had to transform himself to fit the role. “This is one of the biggest and toughest films I’ve done. It was a very difficult role, to live in the skin of the tribal villager. To live the role of Velu, I had to transform myself, to undertake the rigours the role demanded. I underwent physical training as well. It was really a difficult task.”

He thanked the Director and the team for the opportunity. “I have been in the industry for 10 years, and this is my third film with director Ganesh Vinayak.  I’m very thankful to all.” 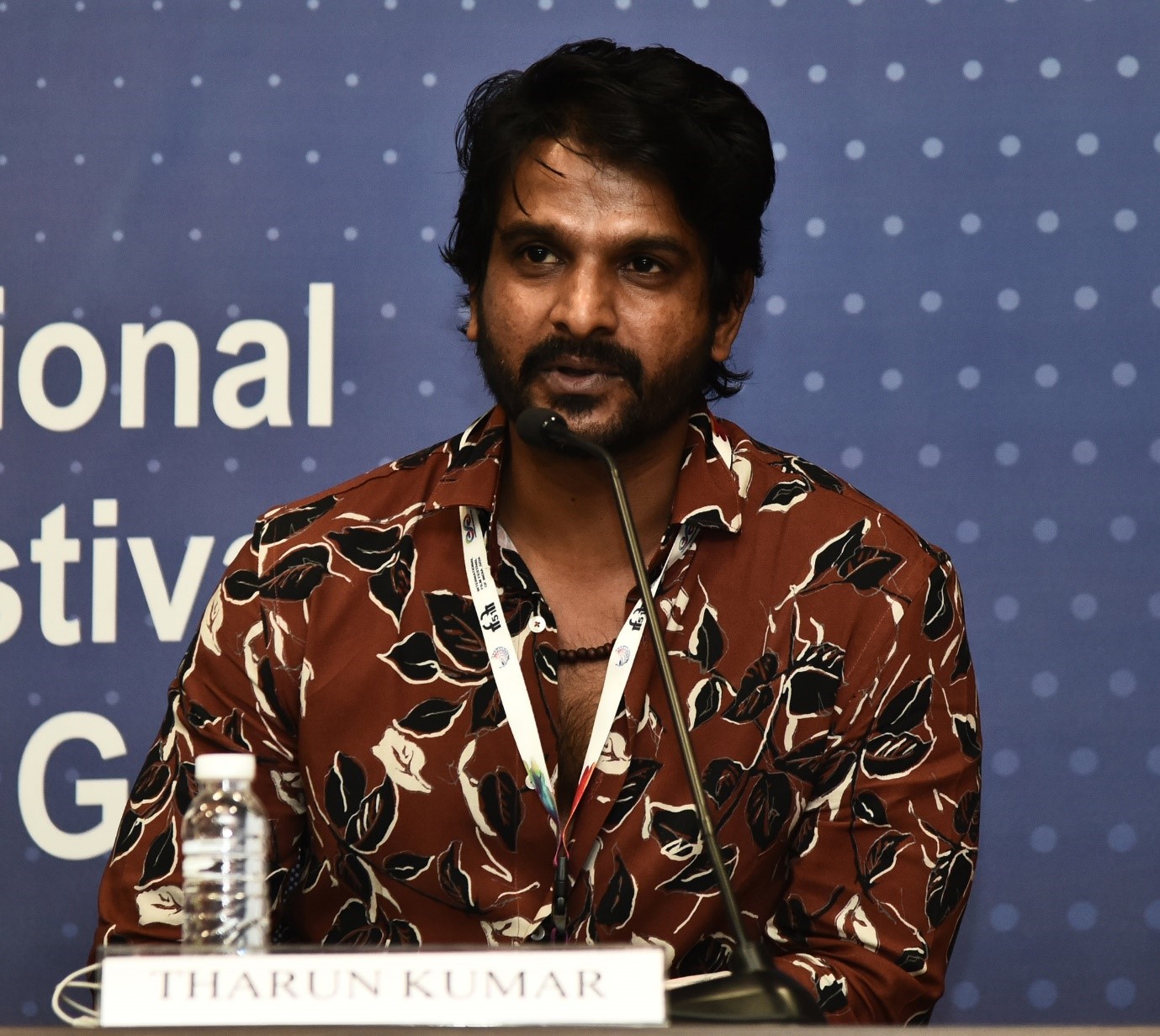